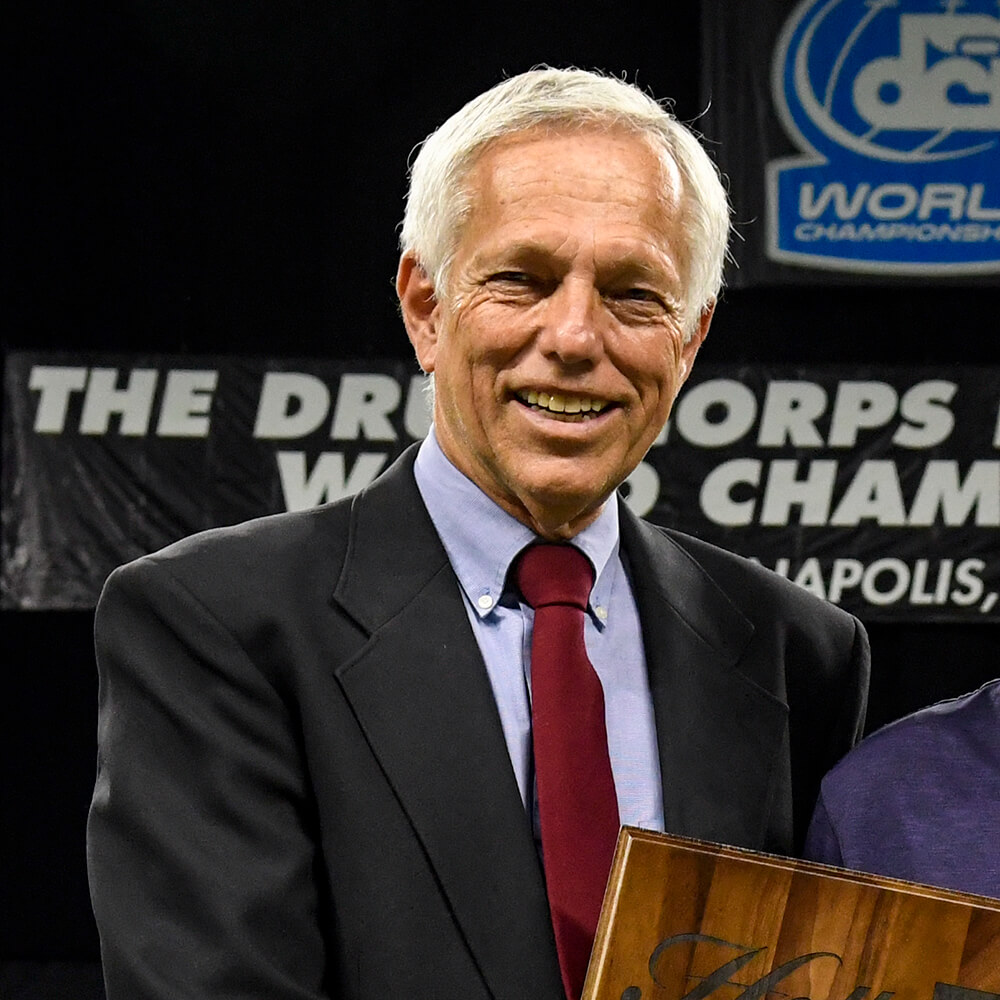 Gene Monterastelli was instrumental in the development of the modern concept of the touring drum corps, and for his role in the design and implementation of today's DCI judging system.

Monterastelli began his drum corps career as a marching member of the Marquette Crusaders in Ottawa, Illinois. After working as an instructor for several drum corps in the Midwest, he became a Central States judge, and joined Jim Jones as assistant director of the Troopers of Casper, Wyoming. With the advice of Jones and the Santa Clara Vanguard's Gail Royer, Monterastelli led the movement toward the modern touring drum corps by organizing the Troopers' ambitious travel schedule in the early ‘70s.

Monterastelli became a DCl Judge in 1976. He has judged at all levels of competition, and has served as DCI’s visual caption chairman. As a member of DCI’s Task Force on Competition, he was instrumental in converting the “tick” system to today’s system of evaluating and ranking drum corps.

Later, Monterastelli was an active, well-respected visual judge, known throughout the drum corps community for his fair and thorough approach to judging. He has served as a consultant to various corps and is the founder of DCI's Drum Major Leadership Summit, an annual event that gives corps student leaders the opportunity to work together to hone their leadership skills outside the bounds of the competitive summer season.