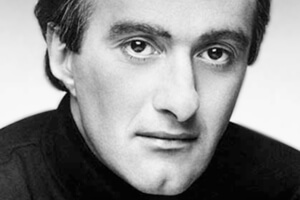 When one thinks of the visual progress the drum corps activity has made in the 1970s and 1980s, one naturally thinks of George Zingali. His name was synonymous with high-quality, innovative drill designs.

He began his illustrious career with his hometown corps, the 27th Lancers, where he brought color guard work to new levels. From rifle tosses while lying down to presentations on the 50-yard line, Zingali had the guard do it all. Zingali then joined Cadets of Bergen County, where, with his assistance, they won four of their DCl World Championship titles in 1983, 1984, 1985 and 1987.

Zingali also worked with Star of Indiana and the Blue Knights. One needs only to recall the fast-paced series of stars at the end of Star's program in 1990 to picture what Zingali has done for the activity. He was also well known for the creation of the "Z Pull." George Zingali passed away in March of 1992.