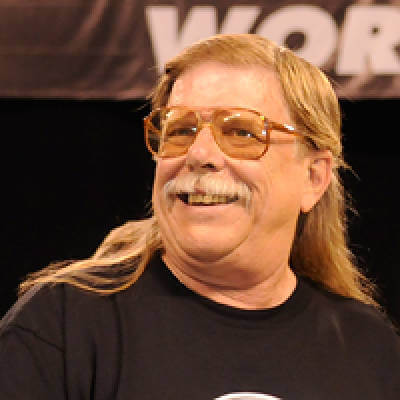 Some DCI Hall of Fame members' legacy and influence on the drum corps activity started well before the formation of Drum Corps International in 1972, and such is the case with Ken Norman.

In the early 1960s still as a French horn-playing member of the Racine Kilties, Norman got his start arranging music for the corps' brass section. Always eager to improve and do more with his compositions, he found himself limited by the instrumental restrictions placed on corps by the veteran's organizations that governed the competitions of that time period.

Wishing to utilize brass instruments that weren't as limited in range and flexibility as the traditional military bugles, Norman orchestrated a change that many to this day consider one of the most significant historical milestones in the evolution of drum corps instrumentation.

Hall of Fame member Dave Richards wrote in a 2000 Drum Corps International Magazine article: "Headed by Ken Norman, top musicians in the activity developed a G [keyed] bugle with the valve tuned in F and a rotary valve tuned in B-flat. In essence, they created an instrument that mirrored the trumpet's first and second valve and made the bugle a legitimate instrument. It not only brought greater notation opportunities for the instrument, but it brought greater musicians into the activity-arrangers, instructors, performers. The activity had finally gained the recognition as a worthwhile musical activity, and the recognized precision of the past continued to rise."

Norman not only helped craft the proposal that would ultimately convince the VFW to accept this new style of bugle in competitions, he would help manufacturer a custom set of the instruments for the 1968 Kilties horn line to showcase the new technology along with an advanced musical arrangement to go with it.

The '68 Kilties horn line made history. Hall of Fame member Jack Meehan complimenting the innovation of Norman and his group said, "[Ken] gave us all a glimpse into the future and a taste of what was possible."

For more than four decades, Norman has composed or is credited for the brass arrangements of a staggering number of junior, senior and alumni corps, including the Kilties, Anaheim Kingsmen and Argonne Rebels, among a list of no less than 65 others. Beyond composing and arranging, he is also credited for developing new adjudication captions that form the cornerstone of today's judging system used in Drum Corps International competitions.

"It was Ken whose significant influence made it possible to overcome the inertia of locked-in an archaic rules of the national veterans' organizations and freed the activity to achieve excellence as an art form," said Hall of Fame member Glenn Opie. "In doing so, legions of kids and adults learned teamwork, how to achieve excellence with enhanced spirit, and the discipline that resulted in successfully handling life and its endless number of trials."