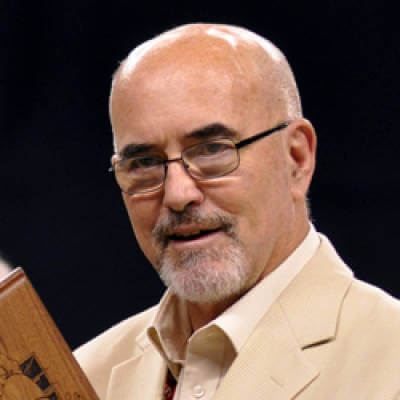 Working with the Blue Devils during the corps' formative years, Mel Stratton is a drum corps visual pioneer that helped lay the foundation of success that the corps still stands on today.

A snare drummer with the Blue Devils Drum & Bell Corps in the 1960s (the pre-cursor to the drum and bugle corps), after several years in the United States Marine Corps Stratton settled back in the Blue Devils' hometown of Concord, Calif.

Only in his 20s at the time, Stratton would become one of very first instructors with the Blue Devils when the group officially formed in 1971, bringing an insatiable creative vision for innovation and change to the drum corps activity.

With the Blue Devils he would serve as a designer and overall visual instructor (then known as marching and maneuvering), in addition to the caption head for the organization's winter and summer color guard programs. According to 2008 Hall of Fame inductee Rick Odello, Stratton became one of the most influential visual and color guard instructions in Blue Devils history by creating drills that excelled in both visual imagery and difficulty.

"The Blue Devils were brought to life by the sheer force of personality, vision, drive and leadership of Mel Stratton," Blue Devils alum and 2004 DCI Hall of Fame inductee Stephanie Lynde said. "He was fully committed to bringing about change no matter what ... He was always asking the question, 'What else is possible?' And, 'How can this get better than it is?' Therein was the foundation of the Blue Devils' philosophy and the expansive energy that continues to go beyond what we could ever imagine possible."

With his creative vision, Stratton helped pioneer the staging of corps members on the football field to emphasize musical effects, as well as the use of drill formations and other visual techniques to bring to life the emotional intensity of the accompanying music.

"The visual design of the first Blue Devils championship show in 1976 was foundationally a product of Mel's sense of visual showmanship and understanding that musicianship and the power of the brass and percussion sections should never be compromised," former Blue Devils director and 1997 Hall of Fame inductee Mike Moxley said.

Working with a staff made up of future Hall of Fame greats including Moxley, Jim Ott and Wayne Downey, Stratton would be responsible in the corps' early years to put the group on a trajectory toward greatness. After placing 23rd in the Blue Devils' first national tour and trip to the World Championships in 1973, just three years later the group would win its first of four Championships between 1976 and 1980.

"Those of us who experienced first hand Mel's creative talent, attention to detail and dedication to excellence, have been challenged and changed forever," Moxley said.

After his work with the Blue Devils, Stratton went on to found the California Dons Drum and Bugle Corps in 1984. He also served as director of the marching band programs for notable California schools including Clovis and James Logan High School during the 1980s.