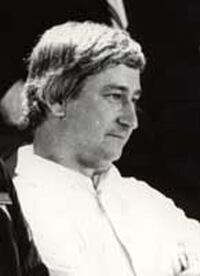 Rodney Goodhart was been a judge for more than 30 years, including 19 as a DCI percussion judge. He was also drum caption chairman and task force member representing percussion for DCI.

According to fellow judge Joe Colla, "Rod was unselfish in his contribution to make the activity grow. He always put forth the extra effort as an instructor, judge and DCI task force member to make things work and never asked for anything in return.

Goodhart guided and led the activity creatively as a judge in the early years. Colla added, "He was a sort of father figure for the guys moving up the ranks of judging. He was also one of the first proponents of encouraging judges to meet with the kids and have critiques with them. He really got to know the kids and they remembered him for his openness and willingness to help."

"He set a pattern of involvement for other percussion judges by his availability to every percussion player, even during the actual judging process," Bernard Baggs, former DCI rules congress chairman, commented.

Former DCI judge Robert Currie noted that as a member of the task force, Goodhart significantly influenced curriculum for training judges, rule experimentation and other system changes and advancements in DCI's early years. DCI still feels the strength of his leadership today. Goodhart has made a permanent, lasting mark with DCI.

Goodhart passed away in September of 2013.