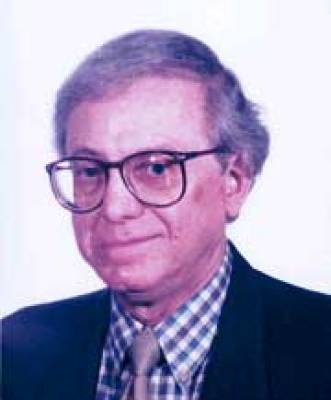 Sal Ferrera was the creator of one of the winningest junior drum and bugle corps in history. His musical talent, competitive philosophy and dedication to perfection forged one of the mightiest corps ever to take the field of competition, The Cavaliers.

THE GREEN MACHINE! Sal served as music director, brass instructor, music arranger, and program director for the Corps from 1953 to 1972 during which time The Cavaliers set the standards by which all other corps were measured.

From 1973 to 1977, Sal served The Cavaliers as executive vice-president and corps director, working in all phases of management and program. As an organizing Drum Corps International director he was instrumental as an architect of early Drum Corps International policy and organizational structure. His most prominent contribution was the development of a revenue-sharing program for the member corps, which helped significantly in the financing of the corps. Sal's talents were not limited to instructing and managing the Corps. He also designed both sets of The Cavaliers' uniforms (1951 and later in 1976) and with his unique music he put his stamp and personality on The Cavaliers and molded them into the epitome of pride, class, dedication and professionalism.