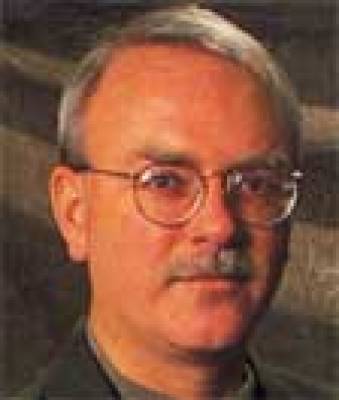 From a member of the Brookhaven Crusaders to a Broadway arranger, Thom Hannum may be one of the most influential percussion arrangers of the 20th Century. Thom's work with Crossmen, The Cadets, Star of Indiana, and "Blast!" has been innovative and inspiring to all who have heard or played his arrangements.

His influence can be found in the fuller integration of the percussion section into the visual ensemble, split-part writing, antiphonal writing and staging percussion score, increased attention to marching cymbals (both visually and musically), the use of timbres in the battery, and the use of colors through auxiliary instruments in the front ensemble and the battery. His roles with companies such as Pearl and Zildjian have helped the evolution and growth of the percussion industry and products. Thom helped develop free-floating snare drums, lighter instruments, sonically designed marching toms and bass drums which are as revolutionary and dominant today as the TDR snare drum and cut-away Toms were in the 1970s. Thom Hannum's presence and legacy loom large in the drum corps activity and his wide and generous shoulders have allowed so many to see more clearly the musical purpose and possibilities of the marching percussion ensemble.