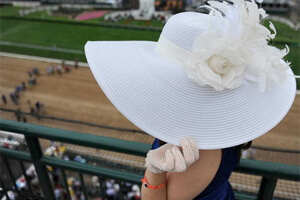 This weekend we'll witness the 138th running of the Kentucky Derby, referred to—at least by Kentucky Derby public relations folks—as "The Greatest Two Minutes in Sports." (And here I thought that designation belonged to Ryan Leaf's NFL career with the Chargers.) Held each year at Churchill Downs in Louisville (which by the way is a stone's throw—or maybe I should say a few furlongs—from Papa John's Cardinal Stadium, site of drum corps' own DCI Louisville event coming up on June 17, 2012), the Derby is also well known for the wild, wacky and wonderfully whopping big hats that fans wear while sipping mint juleps as part of the equine festivities. Not to be outdone in our own little microcosm, drum corps have also had their fair share of unique headgear that in my opinion would fit oh so well at the Kentucky Derby. Here's a list of 10 of my favorites over the years. 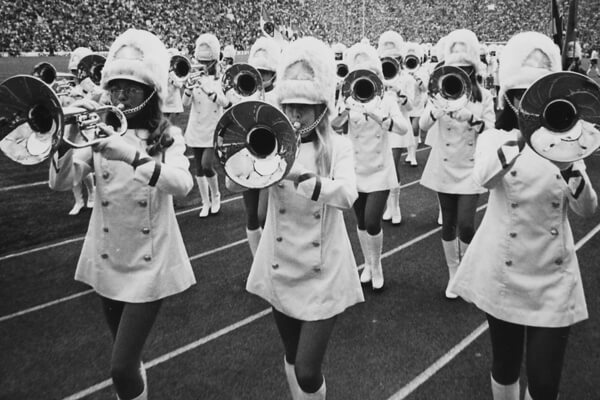 Alberta Girls
I love these hats. They combined the simple sensibility of shakos on the bottom with elements of big, fluffy overweight cats on the top, a perfect counterpoint to the miniskirt frocks that channeled Marlo Thomas' wardrobe from the 1965-1971 ABC sitcom, "That Girl." 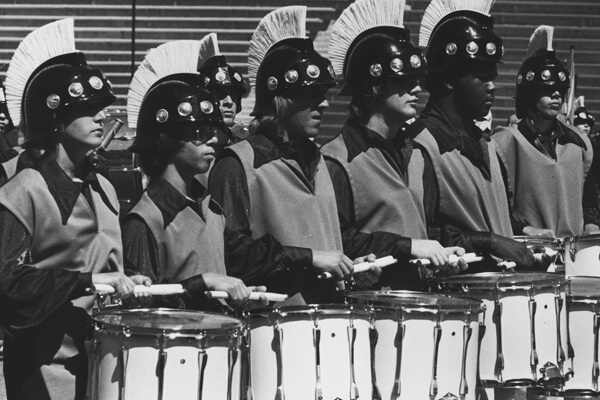 Emerald Knights
These helmets, inspired by Looney Tunes' Marvin the Martian, later inspired the future producers of the movie "300." The bristles were awe-inspiring and were successfully put to double duty in helping to sweep out the buses. 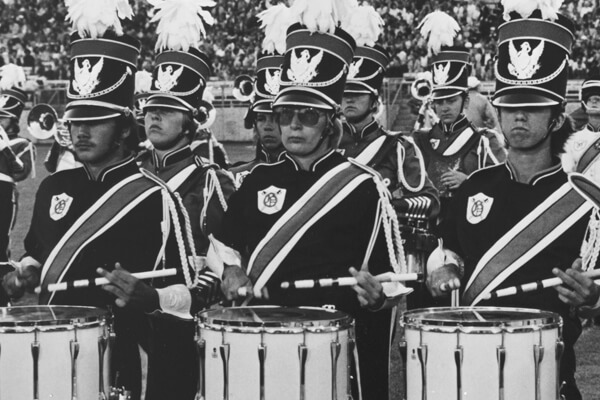 Guardsmen
The person at the uniform company who was responsible for setting up the pattern template for the shako forms experienced the same problem reading the blueprints as the hapless set designer for the Stonehenge scenery in "This is Spinal Tap." 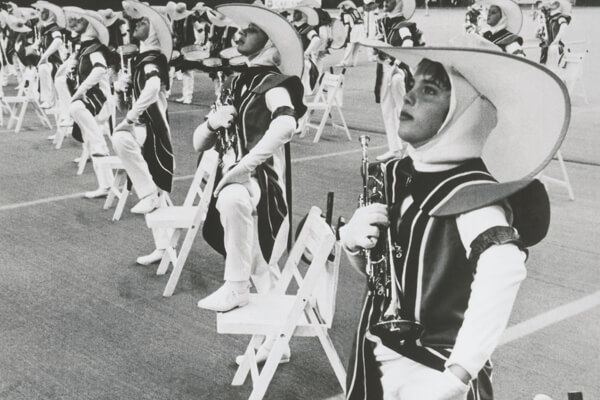 Les Chatelaines
This hat may have been the wardrobe mutation of the Bridgemen and ABC's 1967-1970 television series, "The Flying Nun." 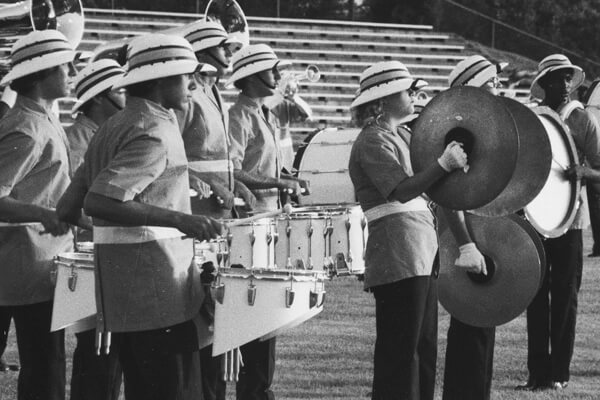 Florida Wave
When I looked at the short-sleeved lightweight jackets and the wide-brimmed hats, the whole safari thing they had going on forced me to restrain myself from proclaiming, "Dr. Livingstone, I presume?" 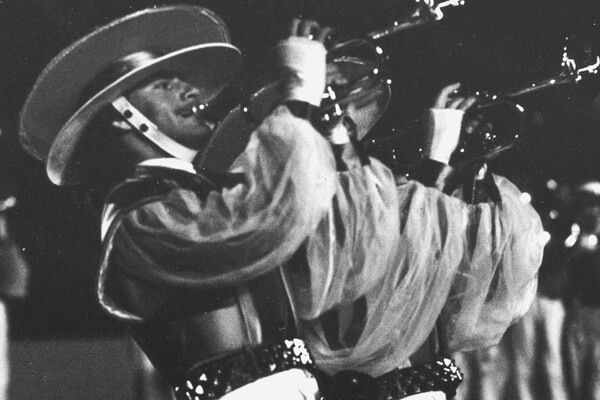 Connexion Quebec
I have absolutely no idea what's going on here. The double-decker hat looks like something I could use to wrap my outdoor extension cords around. 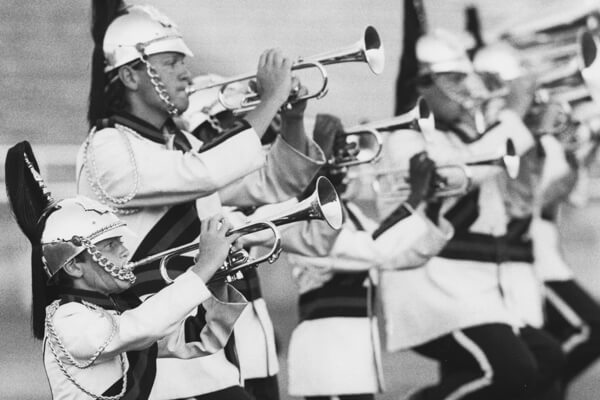 Black Knights
These chrome helmets featured a Kaiser Wilhelm spike from which hung a horsetail. If allowed inside the gate at the Kentucky Derby, the entire field of racehorses would refuse to leave the gate in solidarity mourning for their departed brethren. 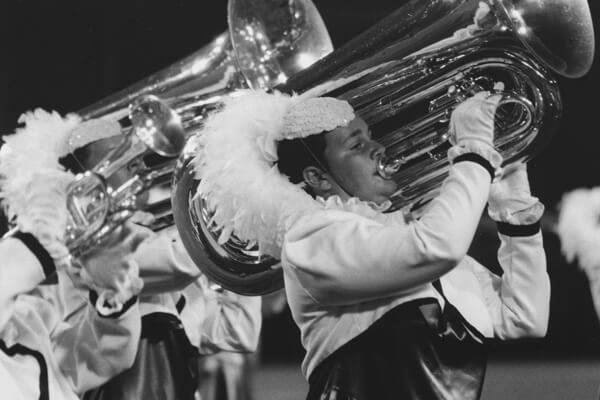 Ventures
These hats would truly be right at home at the Derby, and would be equally comfortable perched on the head of Britain's Princess Beatrice at the next royal wedding. 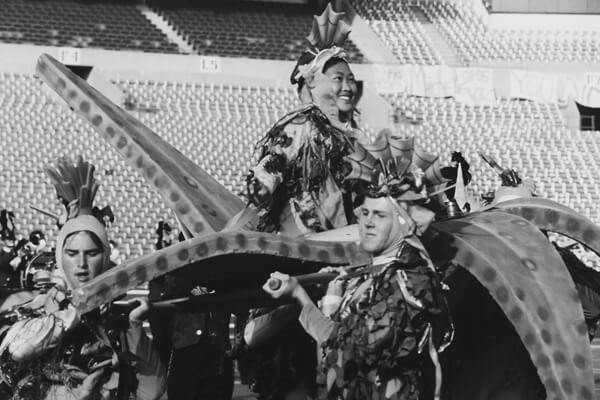 Magic of Orlando
These contraptions were from the "Sea" segment to the corps' "Danse Animale" show. Once seeing these, the idea of a sponge living in a pineapple at the bottom of the sea doesn't really require that big a leap of faith. 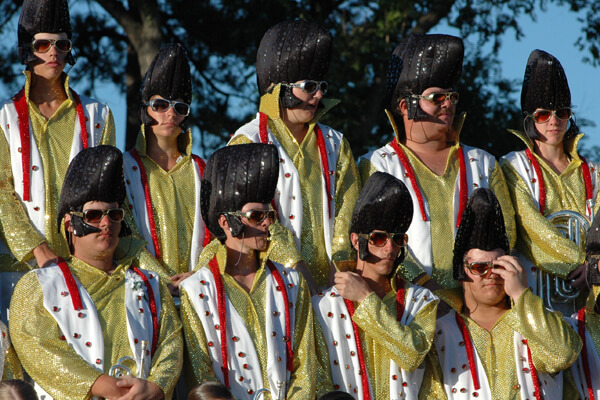 Jersey Surf
Elvis left the building the week the DCI World Championships first went to Denver and returned to the locale 27 years later with a hunka hunka lot of Rod Blagojevich hair. I know this wasn't technically a hat, but I don't care. It remains one of the most awesome toppings to ever grace a drum corps field, thank you very much.

Michael Boo was a member of the Cavaliers from 1975-1977. He has written about the drum corps activity for more than a quarter century and serves as a staff writer for various Drum Corps International projects. Boo has written for numerous other publications and has published an honors-winning book on the history of figure skating. As an accomplished composer, Boo holds a bachelor's degree in music education and a master's degree in music theory and composition. He resides in Chesterton, Ind. Photo: kentuckyderby.com