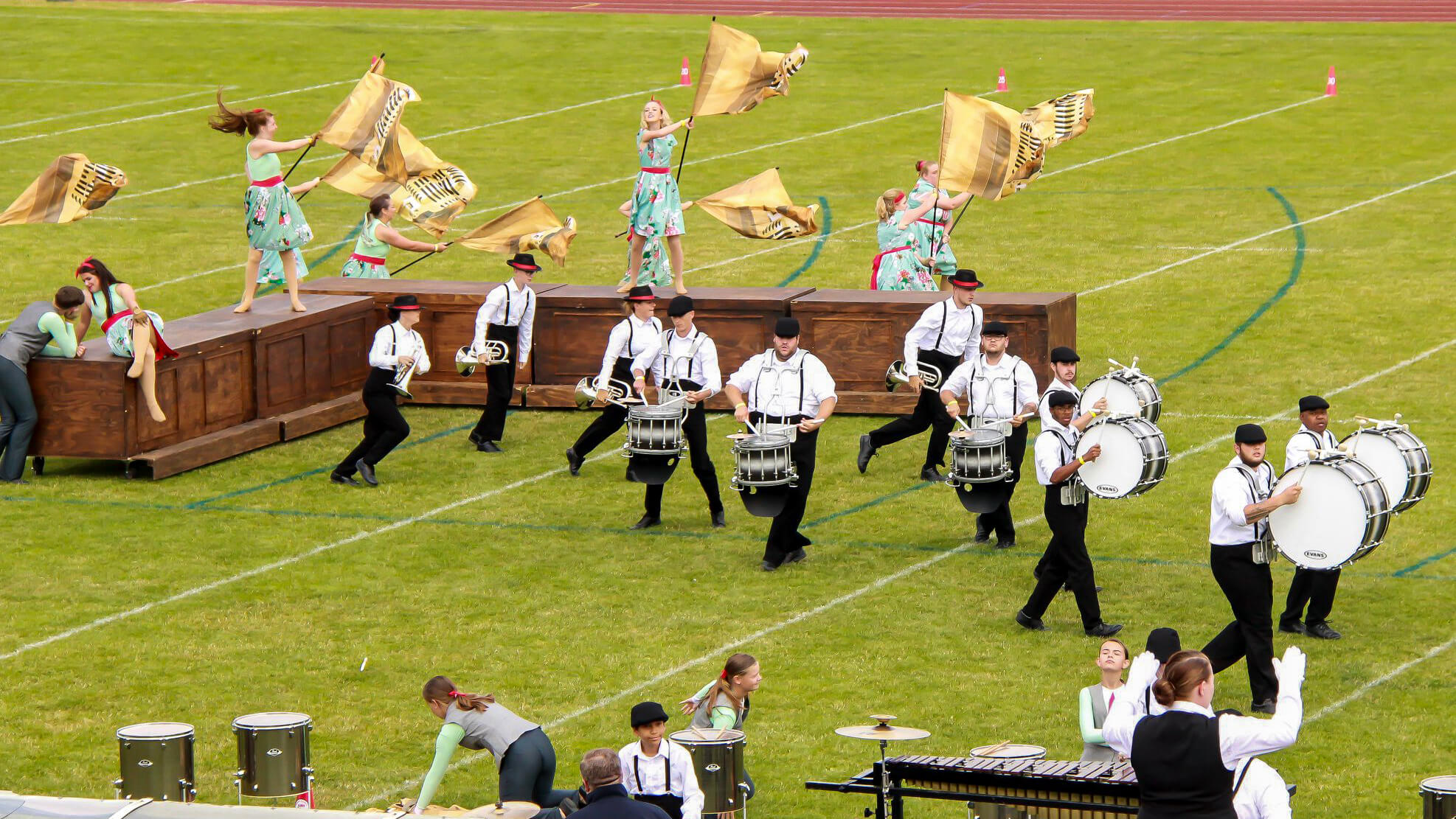 2020 has been a long time coming for the Beeches Performance Ensemble.

For the Birmingham, England organization’s director, Andrew Dallison, it’s been about a decade-long wait. Since he took the reigns of the corps 11 years ago, it’s been on a steady uptick among its fellow European ensembles.

Even just over the last few years, though, Beeches’ rise to prominence has been particularly noticeable. As recently as 2017, the corps, founded in 1974, was just beginning to sniff Drum Corps United Kingdom’s (DCUK) top five. Now, with 2019’s DCUK Championship looming this weekend in Widnes, a medalist position is highly likely for the corps that currently stands strongly in second-place.

So, 2020 is the next step. It’s a leap, really — a trip across the Atlantic Ocean, to take part in the final weeks of the Drum Corps International Tour.

“Our standard has improved dramatically over the last five years,” Dallison said. “And we felt it was time for a new challenge, and a new goal for the members.”

Following many long discussions about the details and logistics of such an undertaking, Dallison announced the news to his corps after the culmination of the group’s 2018 season.

“Lots of tears, lots of screaming, lots of crying,” he added. “People were really, really happy.”

As has been the case for the many international corps that have made their way to the States in recent years — The COMPANY (2017), Jubal (2018) and Inbhear Mor Performance Ensemble (2019), to name a few — Beeches will take part in DCI’s International Class.

In 2020, Beeches will compete at several events before taking part in the DCI World Championship events in Marion, Indiana and Indianapolis.

The corps will also participate in the Soundsport International Music and Food Festival and Indianapolis DrumLine Battle events that coincide with the final weekend of the season in the Circle City.

“The people we met with DCI were great, they were really excited to hear that we were going to bring the members over,” Dallison said. “Everybody’s really excited to come over, and we can’t wait to put our 2020 show out to everybody in the U.S., and hopefully everybody will enjoy it.”

But next summer’s trip won’t just be about the competition and performance opportunities that the DCI Tour has to offer.

Beeches’ membership will be able to experience a portion of the DCI season, but afterwards, they’ll have a handful of free days in Hershey, Pennsylvania, and New York City as they begin their return to Europe.

“They’re going to have a little bit of a holiday as well as doing their drum corps,” Dallison added. “That’s the plan, to give them a bit of both, really.”

From an International Class perspective, 2020 will be unique; Beeches won’t be alone. Kidsgrove Scouts, DCUK’s defending champion and current frontrunner, will also be taking part in next summer’s action. 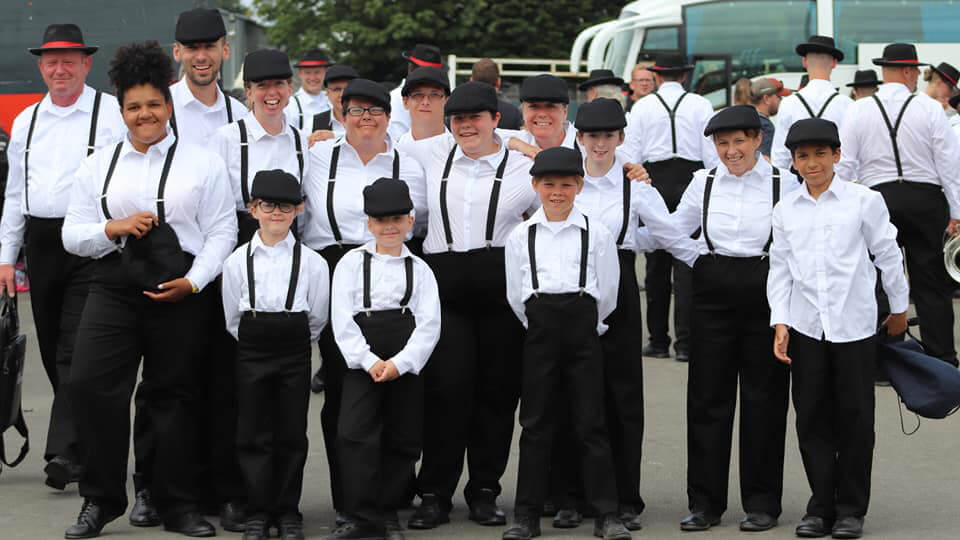 Members of Beeches pose for a photo at a recent DCUK event.

Long before preparations begin in full for 2020, though, both corps have key events coming up in the remainder of September, between both the DCUK Championship and the Drum Corps Europe (DCE) Championship the following weekend in the Netherlands.

For Beeches, excitement is high for both the culminating event on their own soil, as well as their upcoming trip across the North Sea. Last year, Beeches earned a bronze medal in DCUK’s final event, before earning DCE’s seventh-place position.

“There’s really good anticipation for both events,” Dallison said. “We’re a couple of points behind the leaders, Kidsgrove Scouts, but we’re hoping we can push them … anything can happen, you never know with a good run for us.”

Once 2019 in Europe is all said and done, the road to the summer of 2020 will begin almost immediately. 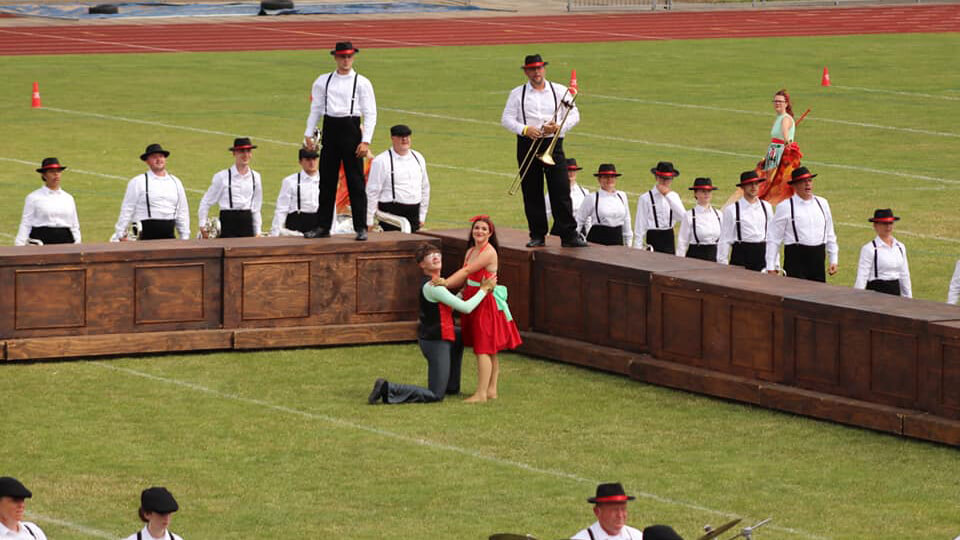 Members of Beeches perform on the DCUK 2019 Tour.

Why the early start? Essentially, Beeches aims to be in its usual “final form” by the time late July rolls around and it embarks for the U.S.

The opportunity of a lifetime certainly provides plenty of motivation.

“The membership knows how much is at stake,” he added. “They know that they want to represent the U.K. well.”

Watch the DCUK Championships LIVE on the UK Fan Network