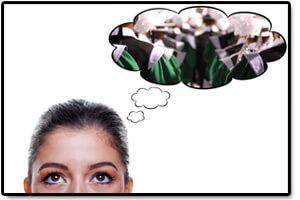 Nathanael B. NASA has way too much free time, they should do drum corps YouTube: Kennedy Space Center Employees Assemble for Historic Photo

Michael K. The Cavaliers Drum and Bugle Corps is taunting me... how... dare... they... ANNOUNCE THE SHOW ALREADY!!!!

Sheryl M. Hope all you drum corps types made it home safely from camp. Crazy weather!

Nancy P. This time of year I yearn for my Drum Corps days. My happiest years for sure. Of course I wasn't practicing in the blistering heat. Couldn't take those hard gym floors now either.

Tristian C. ANOTHER drum corps dream. The same people keep appearing over and over. Hmm.

Travis P. I'm all of a sudden getting really jacked about DCI... I really want a drum corps to try Adagio for Strings... I might go to Indy this year.

Alyssa J. didn't realize how much I miss drum corps!

Mike F. How awesome will this be come the summer! I continue to love the now fan-friendly Blue Knights more each year. Ahh, the sweet sounds of summer...coming soon. YouTube: The Blue Knights Drum & Bugle Corps March Camp Performance

Dustin C. Colts are looking for 2 trumpets and 2 Euph's if you think you are man or woman enough vist www.colts.org!!!!

Daniel R. Back in Austin. Can't wait for summer vacaaattiiio....uh DRUM CORPS plus 5 free days in August before heading back down for sophomore year

Alicia R. I don't want summer to come it's just a reminder that I won't march.. I really miss drum corps