This picture is from Jason Schickel, a 2006 member of Bluecoats. 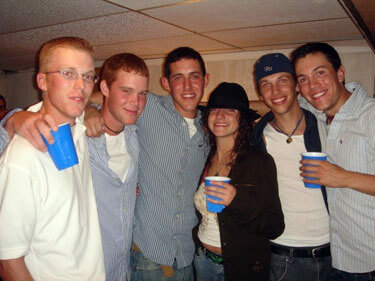 As fellow competitors, we all like to poke fun at each other, but we have all become close friends after sharing the same experiences over the summer and love performing together for the greatest school in the country! Let's go State!