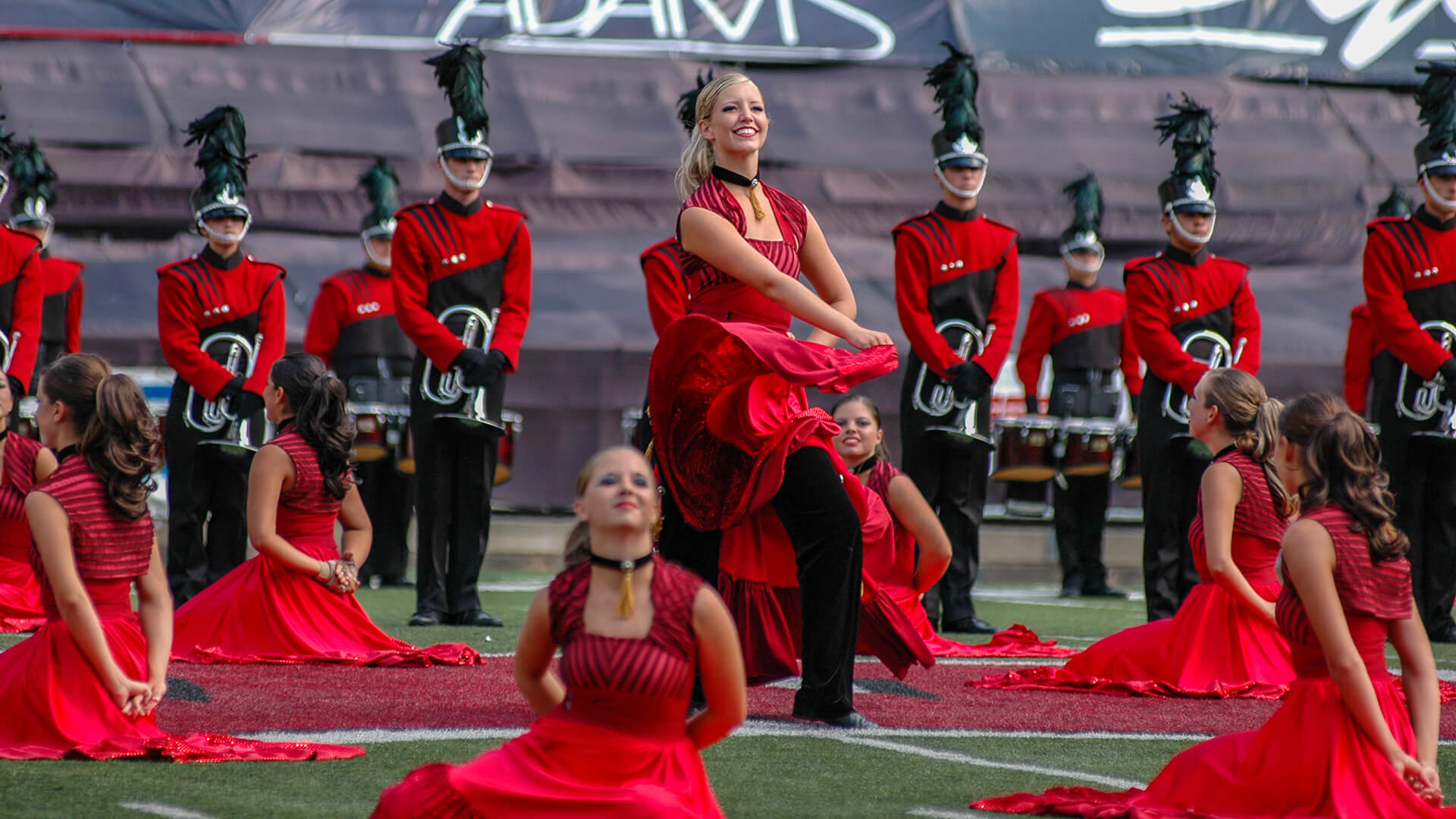 Prior to Drum Corps International establishing its World and Open Class divisions in 2008, Open Class corps were divided into Division II and Division III, the major differentiation being the size of the corps.

In its first year of taking a national tour, Tempe, Arizona’s The Academy went undefeated to win the 2006 Division II title with a sparkling show titled, “Danzón,” named after the official music genre of Cuba that is also quite popular in Mexico and Puerto Rico. 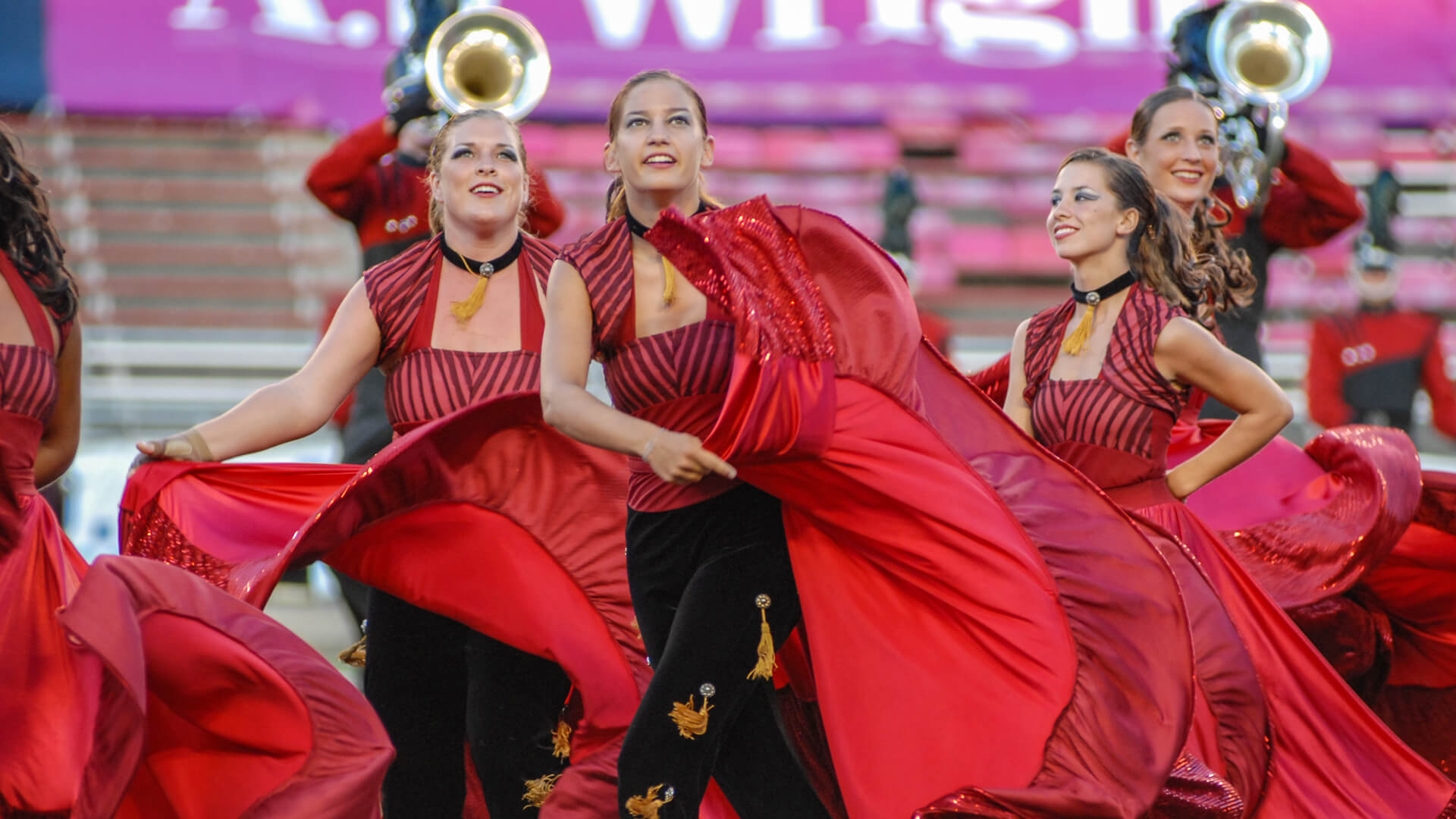 The Academy won the Division II Finals by capturing the brass performance and general effect captions, topping the second-place East Coast Jazz by a little over a half a point. East Coast Jazz, which was down by nearly two points after the Prelims, took best visual and percussion performance caption honors; with the third-place Spartans winning the award for best color guard.

The corps was founded in 2001 as The Academy Brass and Percussion Ensemble, performing primarily at local events. The name change to The Academy Drum and Bugle Corps occurred in 2004 when the ensemble added a color guard and started to compete regionally. Later, the name was shortened simply to, The Academy.

Academy’s “Danzón” was so bright and electric, one could be forgiven for thinking it could have been performed in the dark without lights. The music was a sampling of ethnic cultures embedded throughout the corps’ home state of Arizona, opening with José Pablo Moncayo’s “Huapango,” a lively Mexican dance written in 1941 and based on folk songs from the Mexican State of Veracruz.

Before the music started, the long, flowing red skirts worn by many members of the color guard dotted the center of the field like blooming flowers, spread out on the ground to take up as much room as possible. Trumpet players showed off especially crisp tonguing in the rhythmically alternating double and triple meter arpeggios that would have been much easier to play on a classical guitar, providing as much a rhythmic drive as the drums. After the long skirts were removed, the guard performers picked up red flags that were equally fiery and seemed to vibrate in the sunlight.

The second segment of “Huapango,” a ballad, saw many in the color guard wrap themselves in fuchsia skirts that doubled as butterfly wings, as the rest of the guard members sat on the front sideline, patiently waiting for their chance to show off with rifles.

The third segment of the piece turned the heat up again with brightly striped flags, with the rhythmic propulsion continuing right through to the end of the piece, giving the audience members’ blood pressure levels a hearty workout. 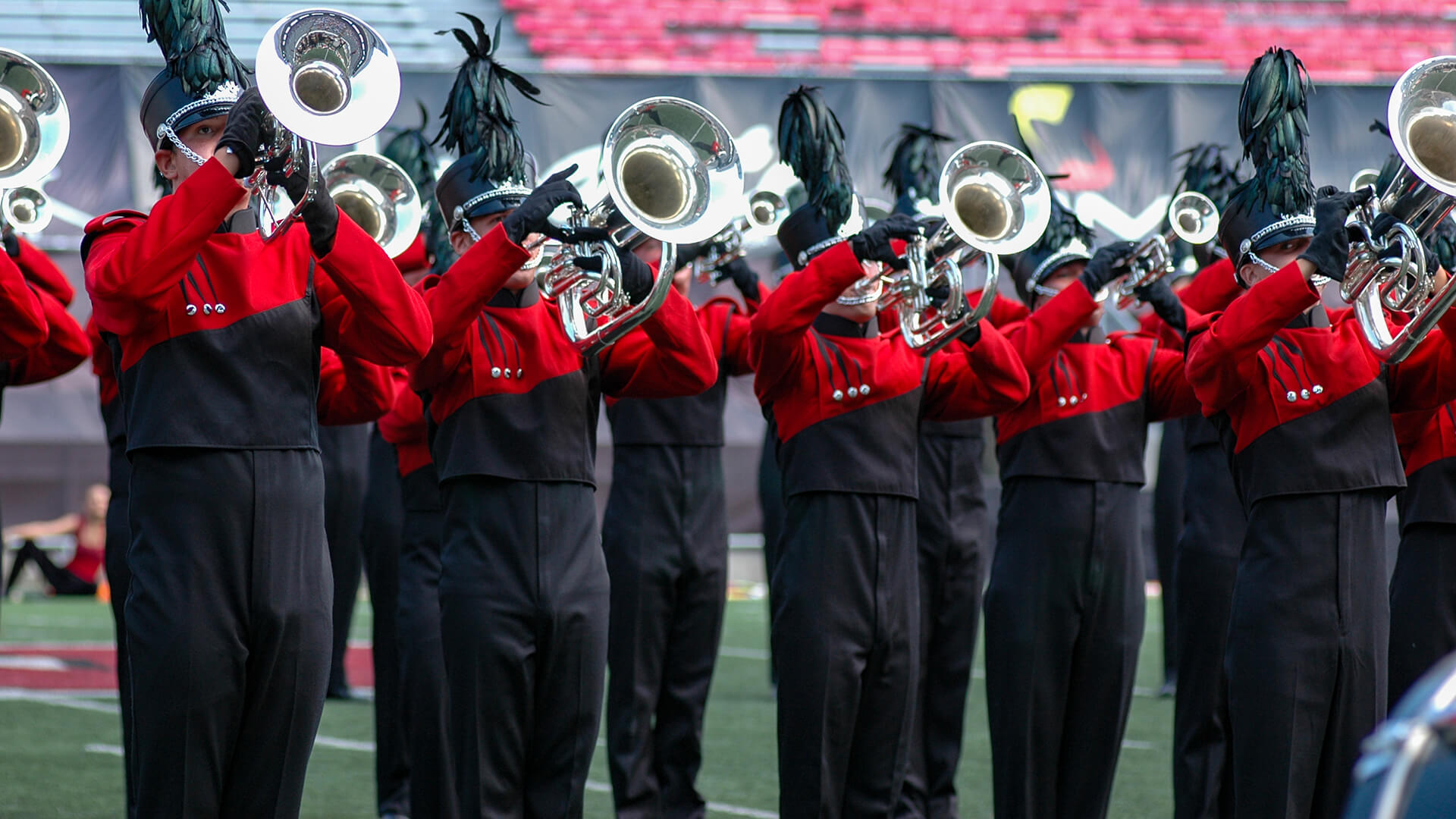 The middle tune of “Patria” (meaning “Motherland”), was written by Panamanian Rubén Blades for the 1998 movie, “Dance With Me,” released in 1998. Blades, who has also dabbled in singing, songwriting, acting, and political activism, is known for playing the part of Daniel Salazar in the current AMC television series, “Fear the Walking Dead.” His songs rely heavily on Central American salsa influences.

This piece was much more laid back, with a persistent rhythm supplied by handheld Afro-Cuban percussion. The skirts on the color guard members turned purple and blue, colors cooler than before that helped dissipate the sizzle. Along with the ballad in the center of the opener, this was the only chance horn players had to prepare their lips for the pyrotechnics to follow.

The show closed with Puerto Rican songwriter Rafael Hernández Marin’s 1946 Latin pop classic, “El Cumbanchero.” The song is named for “a fun loving person” that dances the cumba, which is popular throughout the Caribbean coast of several nations. The song was often heard in circus acts and was recorded by dozens of entertainers during the 1950s and 1960s.

The double-tonguing passages by the brass section throughout this piece was particularly stunning and memorable, arguably beyond what any Division I corps was doing that year. Blatantly colorful and bright red and yellow flags couldn’t even hold a candle to the drama produced by the horn line in this closing number.

The show ended with the brass players spanning most of the length of the field as the audience got its last look at the corps in DCI’s Division II, as in 2007 the corps would advance into Division I, ultimately placing 13th and finishing just out of the World Championship Finals by a point.