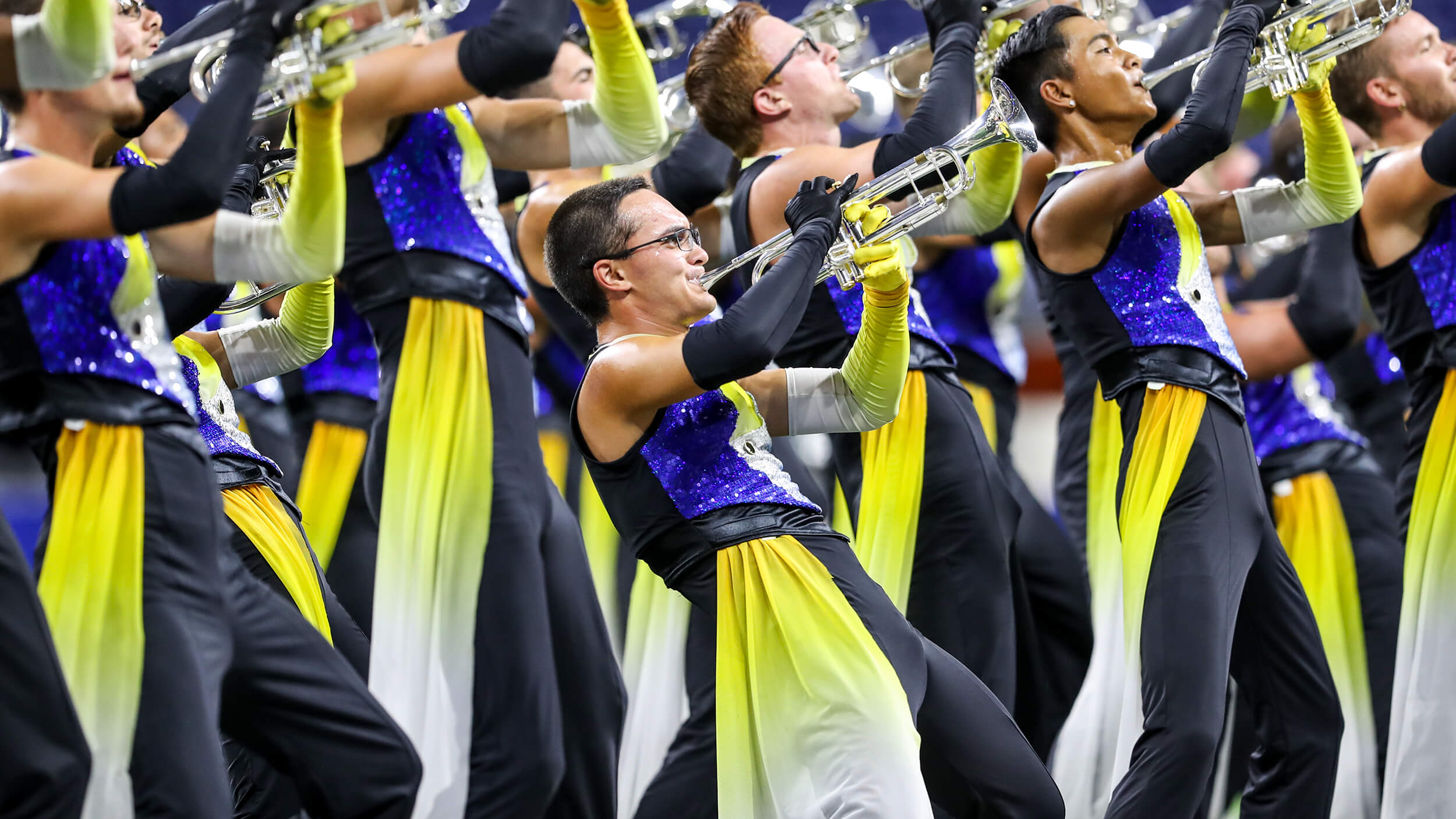 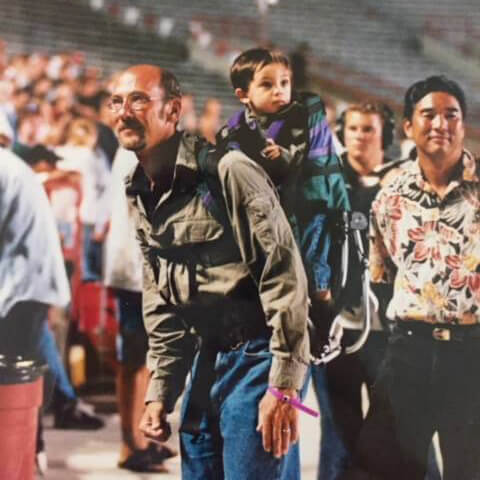 There was no question that Shane Ryan would one day march in a drum corps.

The trumpet player’s exposure to the drum corps activity started quite early thanks in part to his father Todd, a longtime Blue Devils staff member who was inducted into the DCI Hall of Fame in 2011.

“I remember many Blue Devils staff visiting my house about an hour from Concord, as Dad always welcomed them to come over and relax for a bit any time of the year,” Shane said. “Some of my best memories are from 2003 through 2008, when the corps accepted Dad’s invitation to play at my elementary school. The students watched the corps do warm-ups and a standstill performance, and afterward we had a corps party at my house.”

Shane started learning to play the trumpet in 2007, the same year the DCI World Championships were held in Pasadena, California’s Rose Bowl Stadium. He realized how much he wanted to march in a drum corps after helping his dad carry the Blue Devils drum major’s ladder out to the field to set it up for the corps’ performances.

“That was so cool and I felt like a part of the team,” he said. “After that, I followed DCI faithfully.”

Part of the reason Shane decided to learn trumpet was because his dad played soprano bugle in two Wisconsin corps throughout the 1970s, the 32nd Hussar and Madison Scouts. His dream of being in a drum corps came true in 2016 when he earned a spot in the Blue Devils brass line. He finished his final year at the conclusion of the 2019 season having earned two gold medals in his four years with the corps. 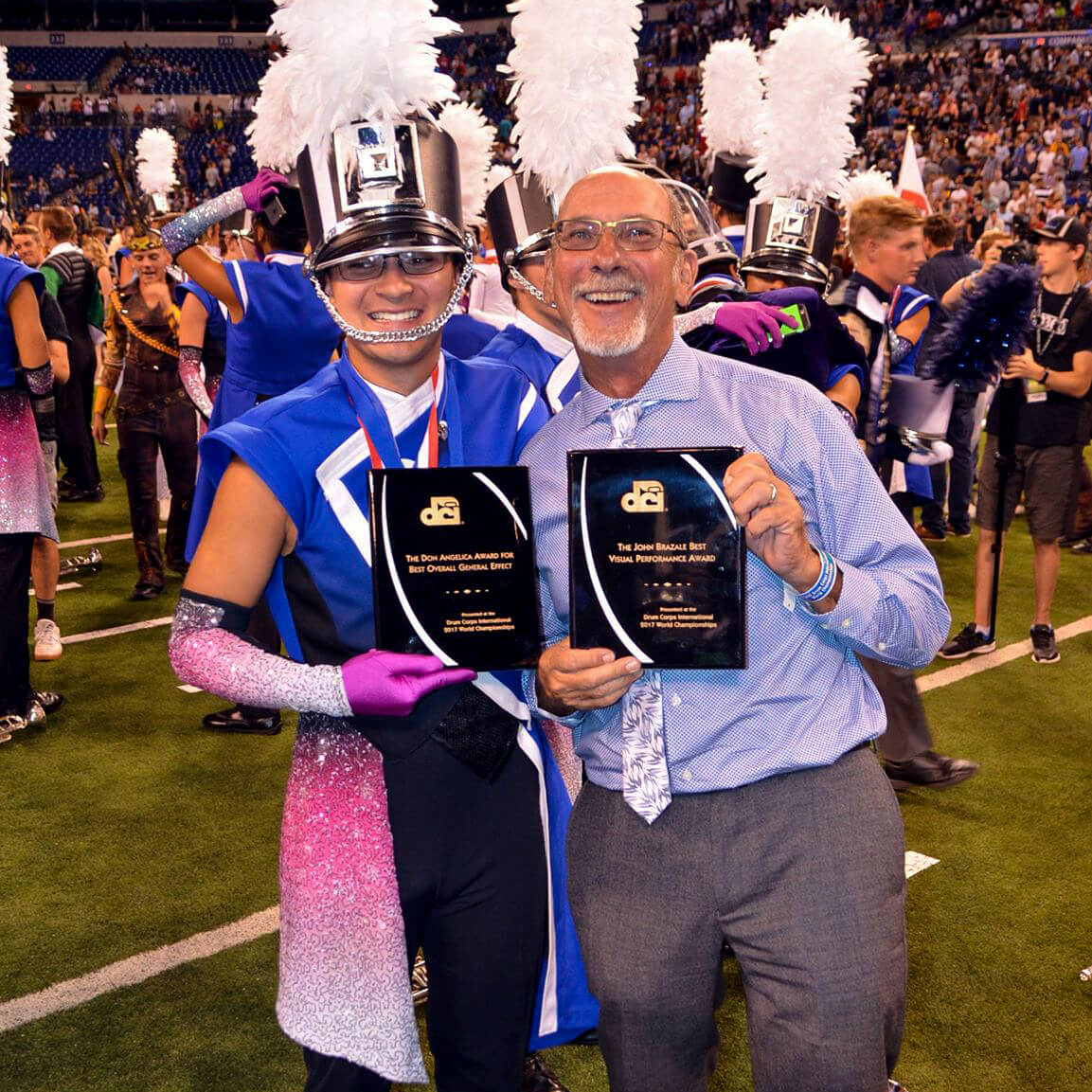 Shane and Todd at the 2017 DCI Finals

Shane’s mom, Kristi, marched as a member of Santa Clara Vanguard for more than a decade in the 1970s and ‘80s, winning three DCI World Championship titles along the way. She is a high school teacher in the San Jose area and teaches multiple middle school and high school color guards in the area, supporting all her students who go on to march in DCI corps.

Brown also mentions that Shane’s grandfather helped design and build one of the first harnesses for carrying marching percussion drums, and his grandmother is in the Santa Clara Vanguard Hall of Fame for her tenure working with the corps. Additionally, his four aunts and uncles all marched as members of Vanguard.

Shane is currently a senior music education major at the Stockton, California campus of the University of the Pacific. He goes home on weekends to serve as a music and visual staff member for his high school’s marching band during the fall and the school’s marching winds program during the winter and early spring.

When not involved with music activities, he can be found golfing, rock climbing, biking, or hiking.

And the story of the Ryan family’s involvement in drum corps will not end with Shane. His younger brother Sean is a member of his high school marching band and also a participant in WGI Winds, an indoor winter activity.

As to where, Shane says, “Stay tuned to find out.”

Read up on the latest features and updates from DCI alums around the world! Subscribe to the monthly DCI Alumni Newsletter. Have a story or an update of your own? Contact us today!