The Corps with the Golden Show, part 1 Before the autumn meetings and auditions took place, the Cavaliers' design team took stock of the previous seasons' missteps and set out on a gameplan to not repeat these programming hiccups. Scott Koter: With "Frameworks" (2002), (the program was centered around) melody, harmony and rhythm. In "Four Corners" (2001), (we had) four corners, four different styles of music. We had some sort of story line and identity in the music, even though it was an original composition, to reflect the resource. 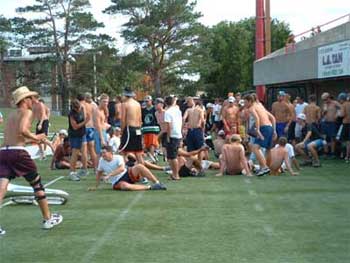