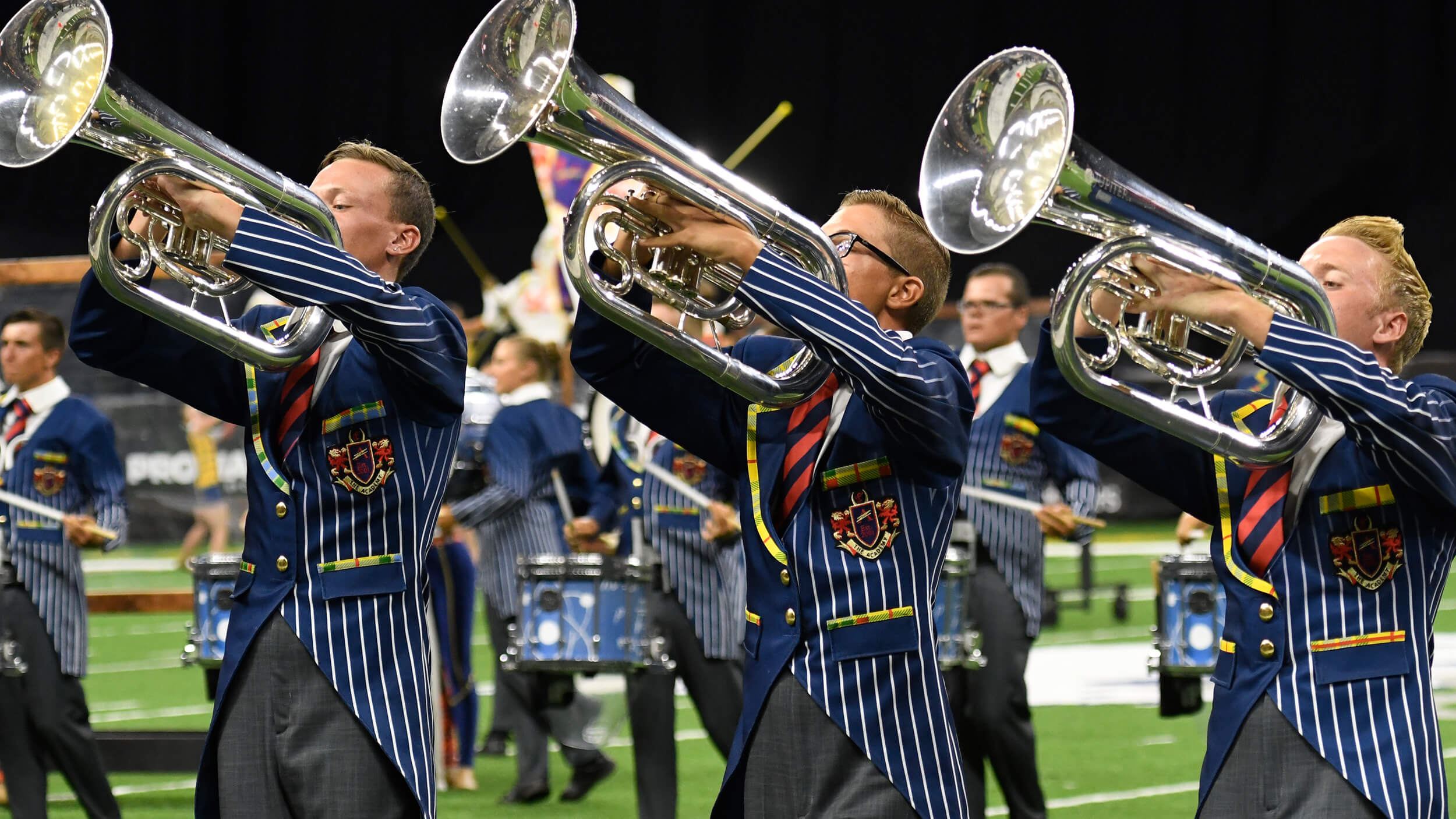 CHANDLER, Ariz. — In Lindsey Vento’s first year as artistic director and program coordinator for The Academy, her intent was to stick to the corps’ roots.

Don’t do anything too far outside of the ordinary. Build trust with the organization. Develop something members and fans will find familiar. 2018’s “Academic” was born out of those tenants.

But it’s year two now, and there’s somewhat of a chasm, in terms of design, between The Academy of recent years and where she hopes to take the corps going forward in her still-somewhat-new role.

So Vento and company decided to build a bridge.

“The Bridge Between,” The Academy’s 2019 production, at its simplest levels, is about the concept of bridges — what they do, how they function, how they’re made.

When you dig deeper, though, it’s really about what bridges represent. The three words that stuck out to Vento — and are featured in the corps’ show branding, which was released in early May — “Progress, Connection, Stability.”

But even further, that three-pronged symbolism of bridges ties directly back to The Academy itself, as an extended metaphor for what the corps hopes lies ahead with a new design team and style.

“You’re progressing from one side to the other, you’re connecting from one side to the other but you can always go back, you’re not crossing and ignoring where you came from,” Vento said. “You don’t cross a bridge and a gate falls down and you can’t ever cross back. And then the stability,  bridges are so strong. And I wanted to make sure the corps knew our strength is still our foundation.”

According to Vento, the show’s centerpiece and ballad, Simon and Garfunkel’s “Bridge over Troubled Water,” has already begun drawing emotion out of the corps. “The Bridge Between” will also feature “Dance: First Movement” by Oliver Davis, as well as two works by Paul Lovatt-Cooper, “Equilibrium” and “Horizons,” and original music by Steve Vento.

Vento also noted that the members’ excitement for the corps’ new direction has been palpable.

“We like challenge, we like direction moving, we like progress,” she said. “Nobody wakes up in the morning and thinks, ‘I can’t wait to be the same as I was yesterday.’ Everybody’s looking for progress, everybody’s looking to be better, or different, or more innovative than they were yesterday. And so, that’s an instant buy-in.”

That buzz surrounding the corps is rapidly building toward its June 21 debut in Clovis, California.

And when The Academy takes the field for the first time this summer, Vento noted that it may be a shock, for some, in terms of the corps' new look. But it’ll still be The Academy, and that’ll be clear in all facets of design — on both sides of the bridge.

“When you see them on the field, it will be a shock visually,” she said. “It’s a departure, but in a way that’s innovative while still having the structure that The Academy has always had. It’s structure and it’s got foundation and it’s got strength to what they look like, that’s what I feel like The Academy is so good at.”