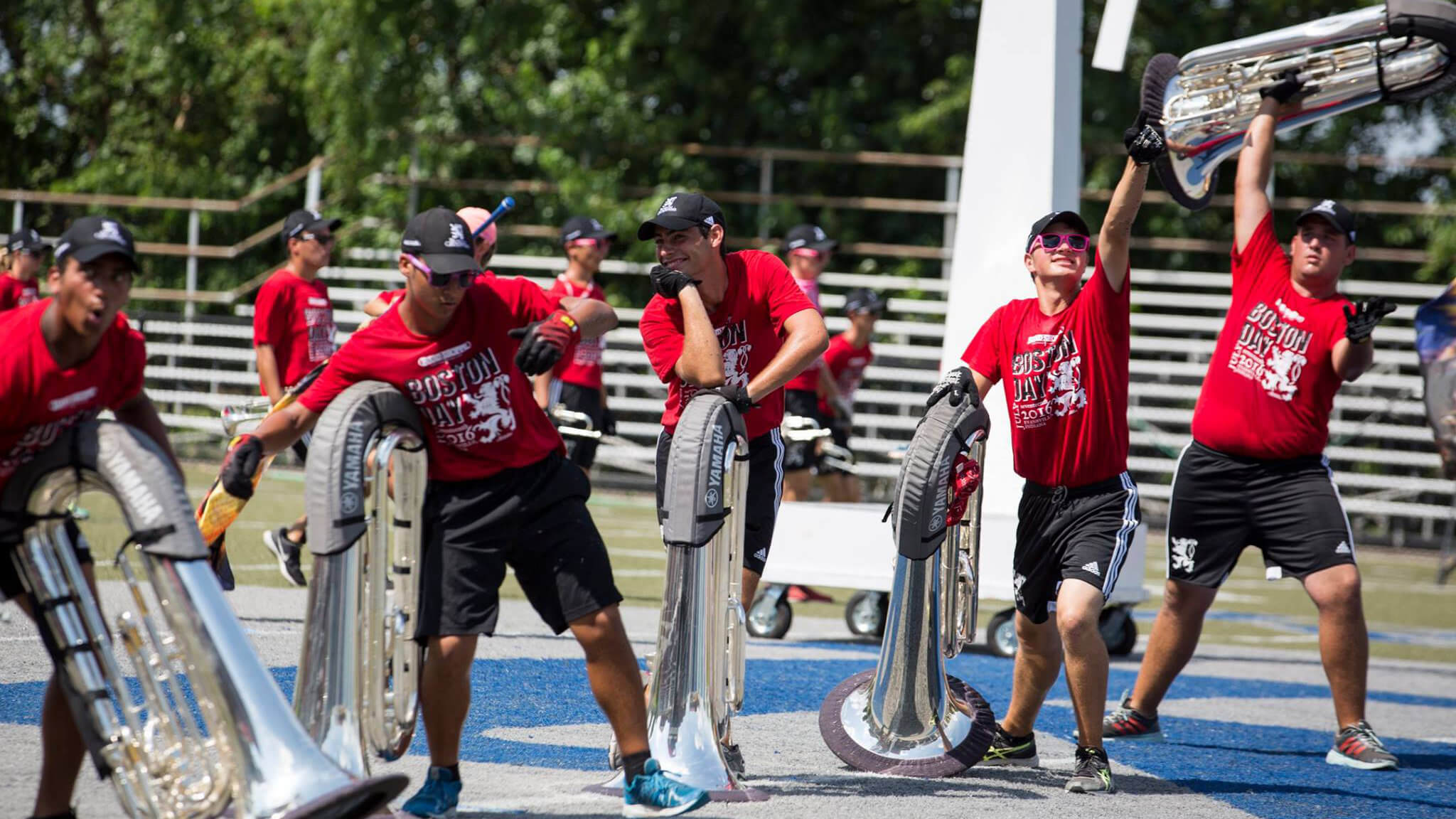 Members of the Boston Crusaders perform at Boston Day in Evansville, Indiana.Photo by: Facebook

• It's Christmas in July for Louisiana Stars

Take the day off in Denver with the corps and dive into the fundamentals of the Blue Devils' 2016 show in the latest episode of "Inside BD360."

Get your own taste of drum corps action with the Blue Knights BKXperience-Perform! educational clinic on Friday, July 20 in San Antonio.

Have an eye for on-the-field action? Bluecoats is looking for a video intern to join its team for the remainder of the 2016 season.

Band Shoppe hosted "Boston Day" in the Boston Crusaders' honor. A new video looks at the educational clinic the corps hosted that day in Evansville, Indiana.

The Cadets reavealed the organziation's four newest Hall of Fame members who will be honored on August 4 in Chester, Pennsylvania.

The South Carolina Arts Commission, a state-based organization, awarded the corps an operating support grant, worth more than $15,000.

Want to help push the agenda and win merchandise? The Cavaliers wants those with graphic design skills to enter its "Propaganda" design contest.

Due to an unexpected cancellation, the corps is in need of a CDL truck driver from July 23 through August 15.

Genesis is looking for an experienced baritone player to join the corps during its Texas tour.

The corps grabbed the attention of a local newspaper following its stop in Pauls Valley, Oklahoma.

Corps members are featured in a video jumping for joy as they received a shipment of new brass instruments.

The start of the season brought about several mechanical issues, therefore, the corps is launching a fundraiser to “Fix the truck, Tow the kitchen, Feed the kids.”

There are trees on the field! Oregon Crusaders is featured in a new podcast explaining its new digitally-printed uniforms.

The Whole Foods location in Santa Clara, California is hosting a party with ticket proceeds benefiting the corps.