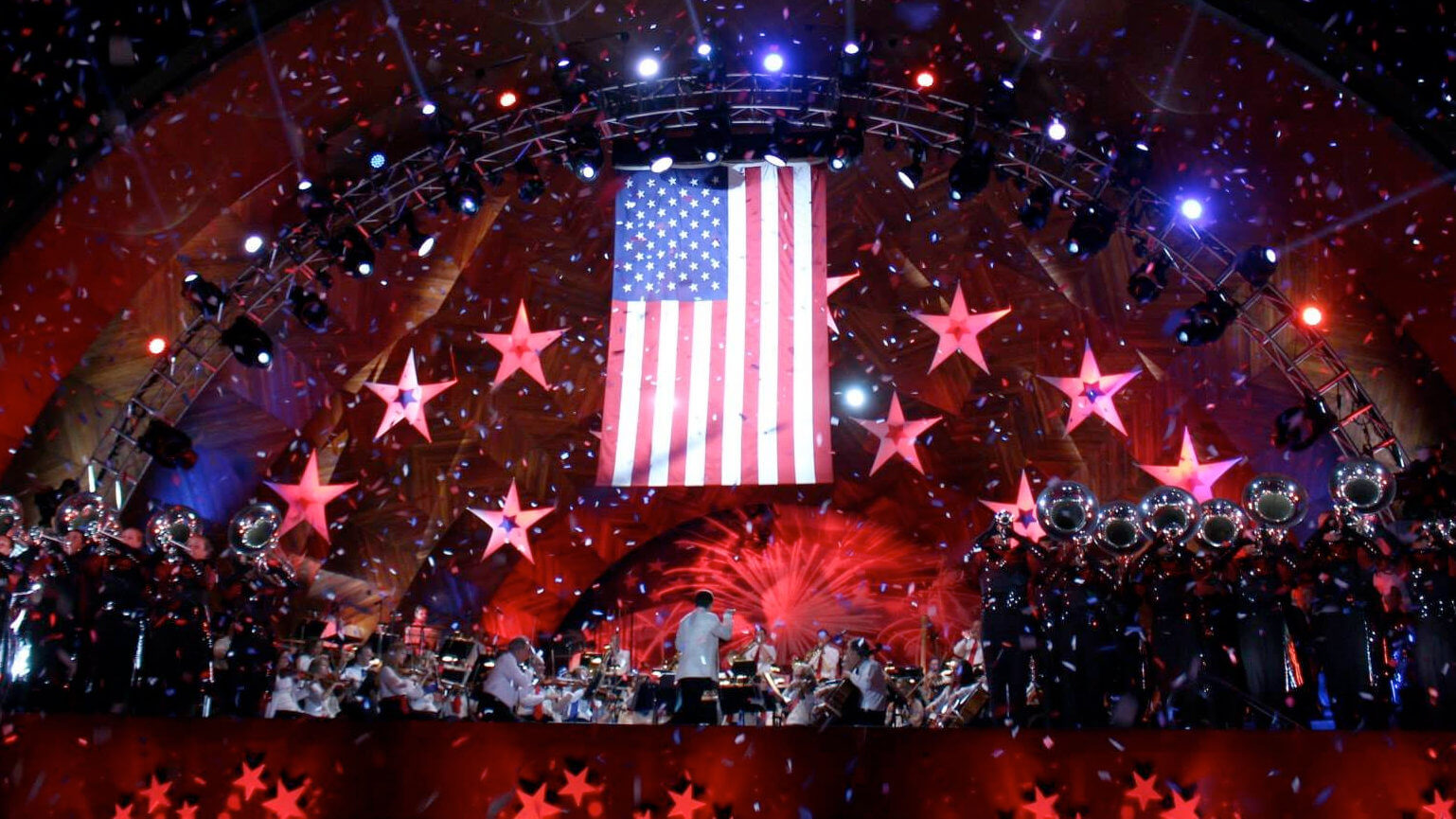 The Boston Crusaders performed with the Boston Pops on the Fourth of July.Photo by: Facebook

• Boston Crusaders spend a Star-Spangled 4th with the Boston Pops

• Get on the bus with the Phantom Regiment

Check out this video retrospective of the Academy’s recent home show in Mesa, Arizona.

What has the Blue Devils International ensemble been up to overseas? Find out in this video from the corps’ website.

With the annual Drums Along the Rockies DCI Tour event approaching, the Blue Knights have put a guide together for fans visiting Denver.

Members of the Bluecoats discuss how the community, alumni and supporters help them get through the season in this video recently posted to YouTube.

The Boston Crusaders had the opportunity to perform with the Boston Pops on the Fourth of July. Here’s an album recapping the very special event.

The Cadets have taken the last few days off from the competitive tour to add some “almost-finishing touches” to their production. See what they’ve been working on in this video montage.

Visit Carolina Crown in the lot with this video posted to Instagram.

The Cavaliers have begun a search for a full-time executive director. Check out the posted job description to see what kind of person they’re looking for.

Golden Empire is featured in a recent feature published by the Bakersfield Californian.

Check out this photo album from Impulse’s trip to the Pacific Northwest.

Jersey Surf put together a quick montage from their performance earlier this week in Clifton, New Jersey.

Here’s another photo gallery, this one from Legends during their performance in Wausau, Wisconsin.

Have you ever wanted to learn the music the Madison Scouts play? Now’s your chance with this video featuring the corps’ bass drum line.

Catch up with the latest from Music City in this edition of the corps’ e-newsletter.

A Pacific Crest alumnus fills you in on recent happenings with the corps in this blog post.

Take a tour of a Phantom Regiment bus seat through the eyes of one of the corps’ trumpet players.

Find out what the Vanguard Cadets have been up to in this blog post.